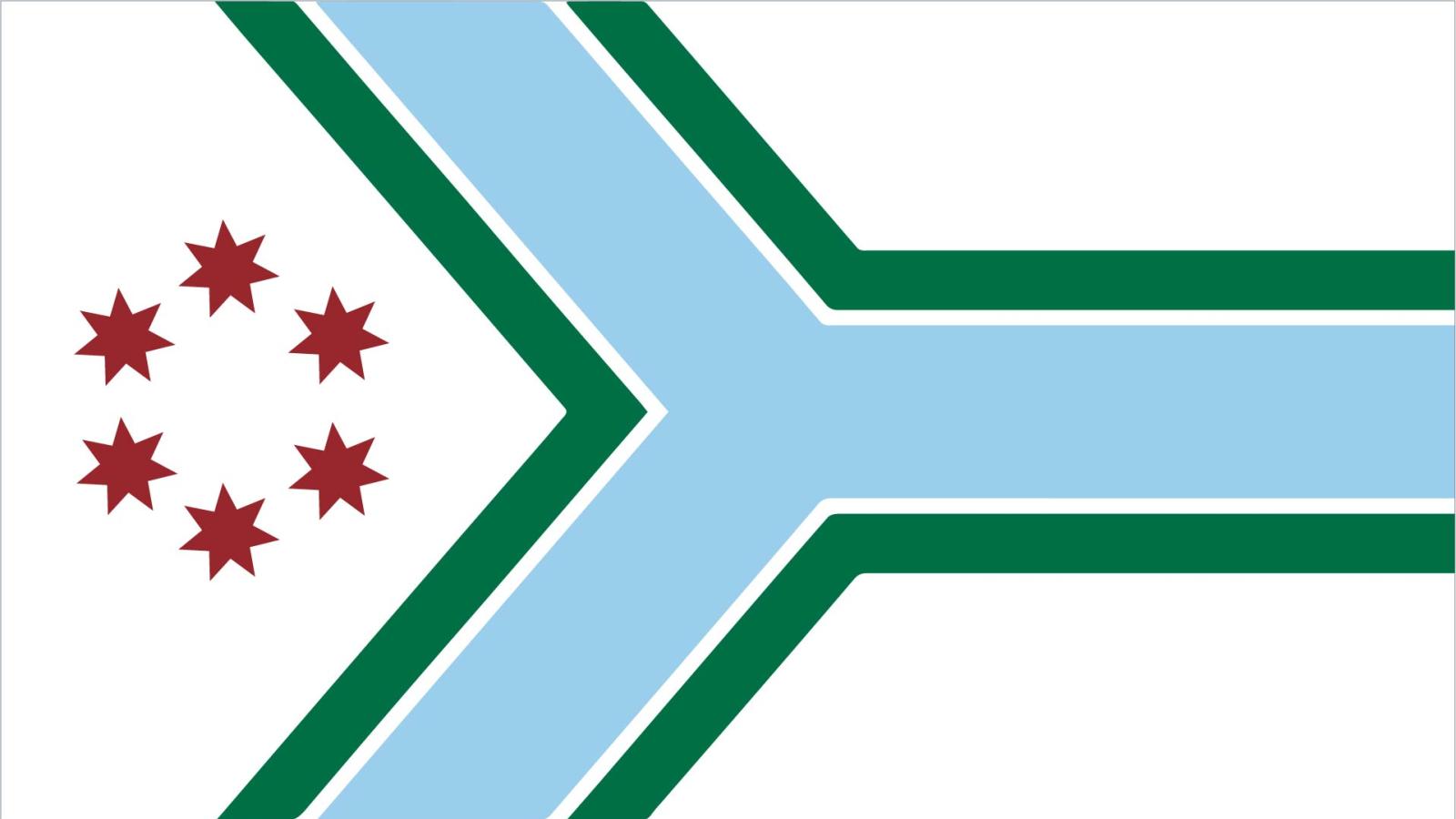 COOK COUNTY, IL — The Cook County Board of Commissioners met today, Flag Day as the County approaches its 200th Anniversary year, in the Legislation and Intergovernmental Relations Committee to vote for “I Will” as the new flag for Cook County. This historic vote coincides with the celebration of Flag Day and elevates the importance of representation in all its forms. A public flag raising ceremony is planned for late summer in Daley Plaza.

“A flag should reflect the people we serve and the places we protect. As we approach Cook County’s bicentennial, we have a new flag to represent this special place and the people that call it home,” said President Preckwinkle. “While there could only be one winner, we’re grateful to all the Cook County youth that put their minds and hearts into their designs. They have all played a special part in making history today.”

The “I Will” flag was designed by Glenbrook South H.S. High School student Andrew Duffy and mentored by Cook County Bureau of Administration Graphic Designer Martin Burciaga. The flag shows through color, shape, and symbolism the importance of the County’s waterways, the beauty of its natural lands, the innovation and commerce of its residents, and its core belief in social justice.

“The most powerful flags are representative of the people it waves over and create a sense of community and belonging. The ‘I Will’ banner does exactly this,” said Flag Advisory Panel Co-Chair and 14th District Commissioner Scott Britton. “We now have a flag that we can be proud of not only for its impeccable design aesthetic, but for all it stands for. The County owes gratitude to the students, design mentors, and Advisory Panel members who shared their time and expertise to help us capture the spirit of our diverse County that will last for the next 200 years.”

The County’s old flag is the seal – itself a literal depiction of Cook County’s 30 Townships and the date of the County’s founding - on a blank white background with the name of the County surrounding it. That flag was raised over the County Building for the very first time on Tuesday, June 13, 1961. Now, 61 years and a day later, Cook County unveils a new symbolic flag that uses imagery, shapes, and colors to show our heritage.

“The entire flag design process, from the first rough draft to the final committee meetings, has been an amazing, educational, and fun experience,” Drew Duffy said. “I am incredibly grateful to everyone who helped me create my design. I am especially thankful for my mentor, Martin Burciaga, for masterfully utilizing his graphic design skills to help take my marker drawn image to a professional-looking final flag that we are both proud of. Despite a global pandemic that delayed the competition, the Board of Commissioners and administrative staff have been so helpful in making the process very enjoyable for all involved. It has been an incredible honor to be a part of this process and I am very excited to see what comes next!”

The “I Will” flag utilizes blue to symbolize the County’s waterways, green for preserved lands and riverbanks, red for social change, and the blank canvas of white for the innovation to come. The central “Y” shape highlights the regional rivers joining at Wolf Point while harkening back to the original Municipal Device of Chicago. The stars are seven-pointed to represent each County region, the city of Chicago, and the Forest Preserves, which join together to symbolize residents’ unity and a common mission.

“It is exciting to have the President and the County Board embrace a new banner for our County,” said Matthew DeLeon, Cook County Historian and Flag Advisory Panel Co-Chair. “The next step in this process will be the formal recognition of the flag as a symbol of the unique efforts of so many people to provide health care, a safe environment, a fair and just court system, commerce and transportation systems, public safety and a fair and equitable society for all residents.”

The flag redesign centered on a high school student competition that provided a catalyst for a hands-on learning experience for students about the history of Cook County and flag design generally. The Flag Advisory Panel engaged with teachers and administrators at each of the 550 high schools and entities serving high school-aged children throughout Cook County. In total, 297 submissions were received from students from 40 different high schools.

On Thursday, June 16, the Board of Commissioners is expected to concur with the recommendation of the Legislation and Intergovernmental Relations Committee codifying this change.