The Cook County Medical Examiner’s Office confirmed 875 gun-related homicides in 2020, breaking the previous record of 838 set in 1994. The Office released the grim statistic along with other preliminary case data for 2020 today.

Nearly 58 percent of all cases handled in 2020 were African American and Latino. These communities also make up close to half of the County’s 8,192 confirmed coronavirus deaths. 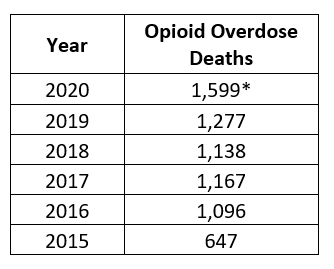