Cook County Health Awarded $2.6 Million to Improve Access to Treatment for People Struggling with Opioids and Substance Use Disorders

Find a location near you. 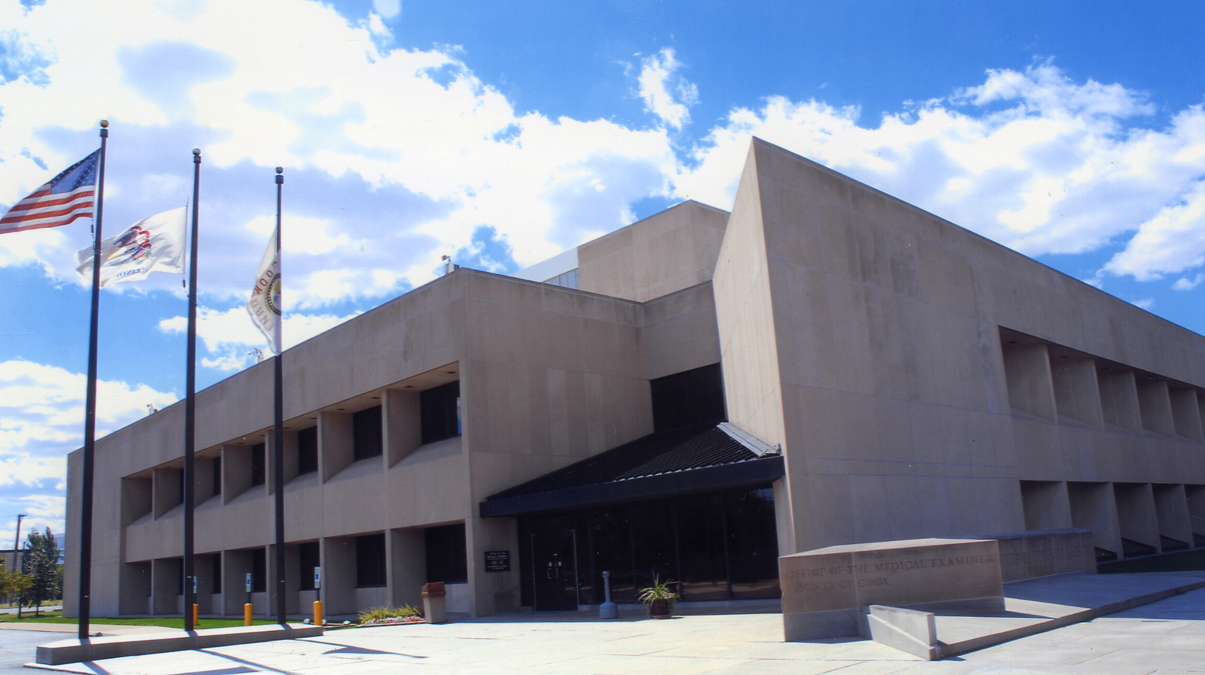 About the Medical Examiner's Office

The Cook County Medical Examiner's Office (MEO) is the only Medical Examiner system in Illinois with a jurisdiction of approximately 5.2 million people, roughly 45% of Illinois' population. The MEO plays a vital role in the administration of justice and protection of public health. More than 16,000 deaths are reported to the MEO annually. Of these, around 5,600 are accepted for further investigation. The office performs autopsies on approximately half of the cases brought into the Institute.

The MEO investigates any human death that falls within any or all of the following categories:

Ensure public health and safety by performing autopsies and postmortem examinations to determine cause and manner of death for individuals who die in Cook County.

Items that can be provided by the MEO:

The Medical Examiner's Office operates 24 hours per day, 7 days per week. The office is open to the general public: 7:00 a.m. to 3:00 p.m., Monday through Friday, except for official Cook County holidays.

Any concerns or complaints can be submitted to Medical.Examiner@cookcountyil.gov

for permits, records and more

Cook County Health Awarded $2.6 Million to Improve Access to Treatment for People Struggling with Opioids and Substance Use Disorders